After an unexpected, bumpy helicopter ride we arrived in hospital and waited. What was wrong?

When we arrived, Tettie was taken to a private room in the hospital called the Emergency Department. Only Mummy and the nurses were allowed in. Next moment, a Tettie on a stretcher came past! Amazing news ­– her leg was broken!

Soon after, we were in the room, the room Tettie lay in for 8 days. The room was comfortable, had enough beds and ,most importantly of all, there was space for me and Mima to play. Of course, we didn’t like Kathmandu particularly, however we couldn’t help liking our cozy room.

Tettie got a moving bed. I was so jealous! 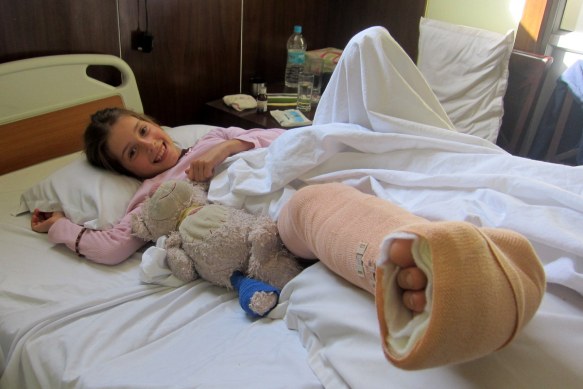 We went to the zoo twice. We saw 2 tigers and a leopard and lots of deer and 8 bears and 4 monkeys and 5 buffaloes and lots of fish (including piranhas) and even a few guinea pigs!

Another day we went shopping for animal carvings in Thamel and Mima got a tiny gold tiger. Later, however, she  said she wanted a golden deer that she had wanted for ages (more than 2 weeks!) I found a pegasus which was too much money (2000 rupees). A really sad day for me. Daddy says I can get it if I still want it after our 3 week trip to Chitwan though. 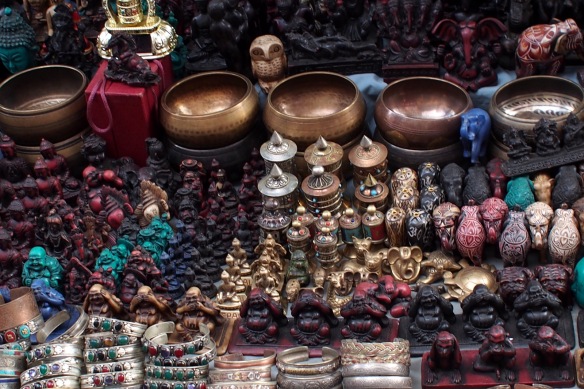 Spending a week in hospital was a bit much although the food was tasty and the beds were comfortable. I was sorry for Tettie because she couldn’t do these many things, just lie and wait. I guess she enjoyed night more than day! Poor young Tettie Wettie Woo Woo, falling from so high.

4 thoughts on “The Hospital”